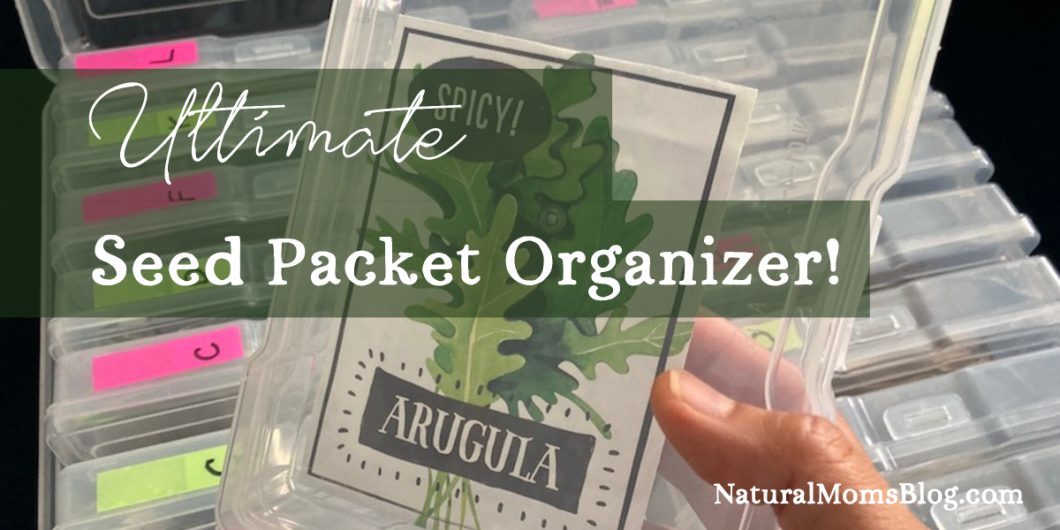 One of the dangers of growing plants in the Tower Garden is that you’re going to want to grow All. The. Things.

And soon, you’ll find yourself buying. All. The. Seeds.

You’ll find yourself accumulating and juggling and struggling to organize all those seed packets. You’ll be wondering how to organize seeds conveniently.

Maybe at first, you simply placed them in a drawer.

Then, in a Ziploc bag stuffed into a corner of the cupboard.

And then, maybe a shoebox.

Eventually, even that will no longer be enough.

You want something that will keep your seeds:

… and your seed storage also needs to allow you to easily and quickly find the seeds you want when you want them.

I tell you, the struggle is real.

When I knew my seed collection was only going to get bigger, I began to seriously look at the options available.

The first thing I tried was a photo album, you know, those little notebooks with plastic sleeves for printed photographs.

I had seen a gardener on YouTube using one, and her system seemed to be effective.

Mine, however, was far from satisfactory.

After inserting more than half a dozen seed packets, it soon became apparent that I should’ve bought one with a spiral binding.

There was also the danger of seed packets, and even seeds, falling out from the sleeve openings.

It became clear that I had outgrown this solution.

Fortunately, I saw a video by Miah of the Roots and Refuge Farm channel on YouTube. That’s how I learned about this wonderful seed organizing solution: 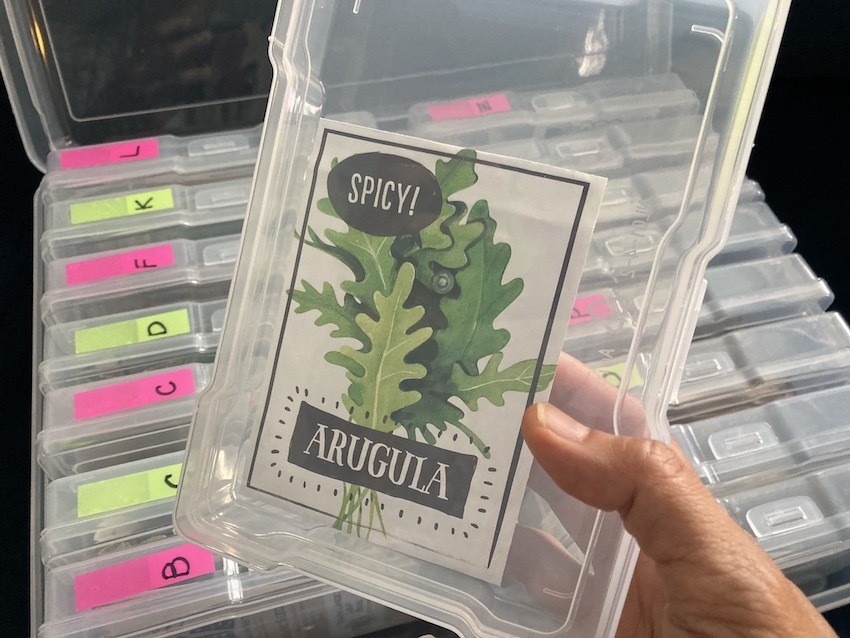 This 4" x 6" Photo and Craft Keeper isn’t actually a seed case; it’s a case for photographs — you know, from back in the day when we actually printed photographs?

It has 16 individual cases and an outer briefcase-like container that holds everything together. It even has a folding handle, making it easy to transport your seeds. 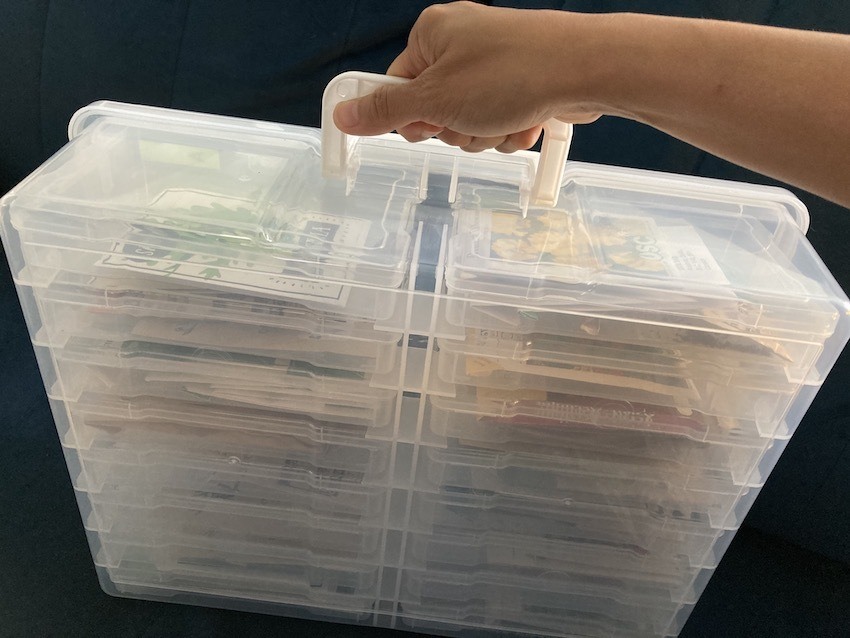 Several standard-sized seed packets will fit inside each case. I estimate you can easily fit as many as 50 seed packets in one Craft Keeper. 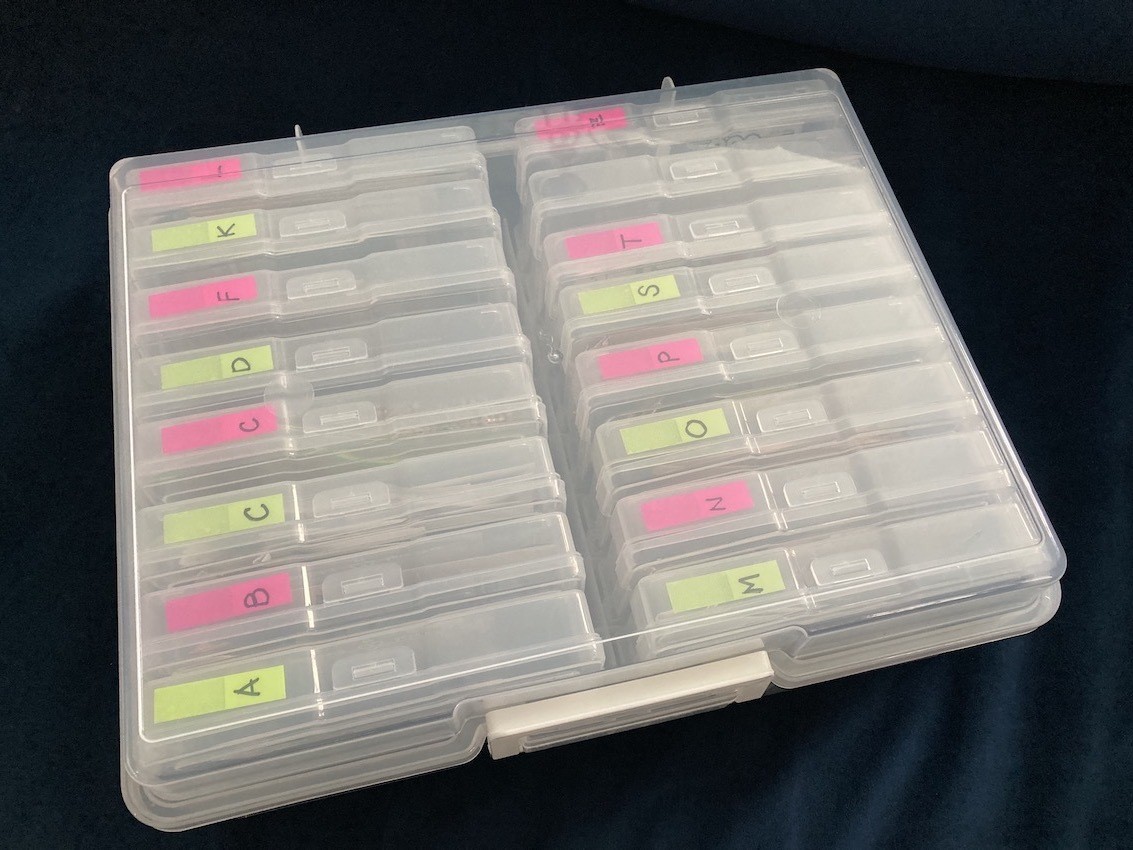 There’s plenty to like about keeping your seeds in a Craft Keeper:

With that said, no tool is perfect, and that goes for the Craft Keeper, too.

Still, despite these shortcomings, I still consider the Craft Keeper the ultimate seed packet organizer.

How do you organize your seeds? Are you satisfied with what you’re currently using? Or does the Craft Keeper sound like a better alternative?

You can grow root crops and tubers like sweet potatoes in your Tower Garden if you grow them for the green, leafy tops.

Grow Year-Round with a Tower Garden

Update on Comfrey, the Miracle Plant!