3 Ways to Start Seeds for the Tower Garden 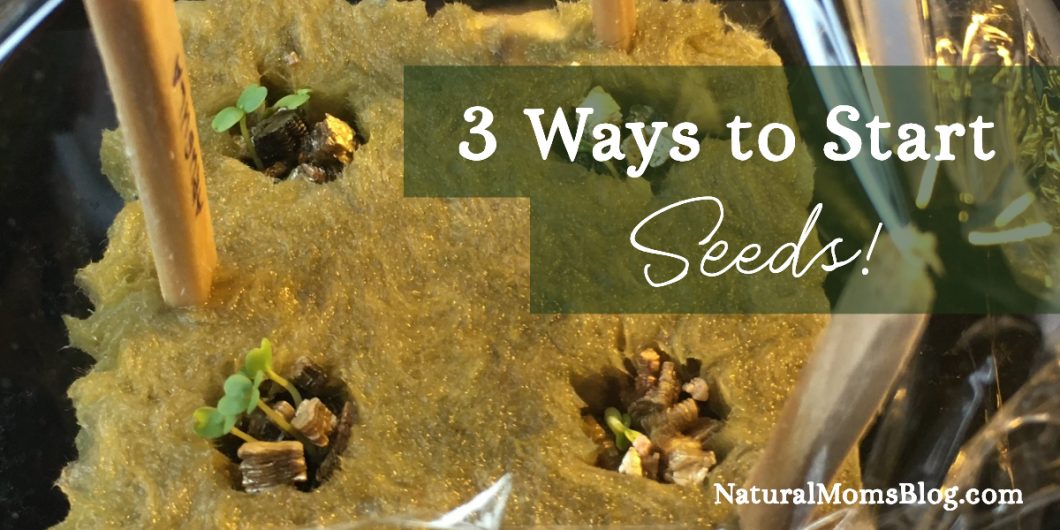 The first step to growing in the Tower Garden is getting some seedlings started.

Most of the time, this is easy and straightforward (especially with the high-quality seeds from Juice Plus+).

Eventually, though, you’ll encounter seeds that stubbornly refuse to sprout.

And then you’ll be looking for alternative ways to start seeds.

Below are the three most common ways to start seeds for your Tower Garden … or any other kind of garden, for that matter, whether in-soil, in water, or in air! 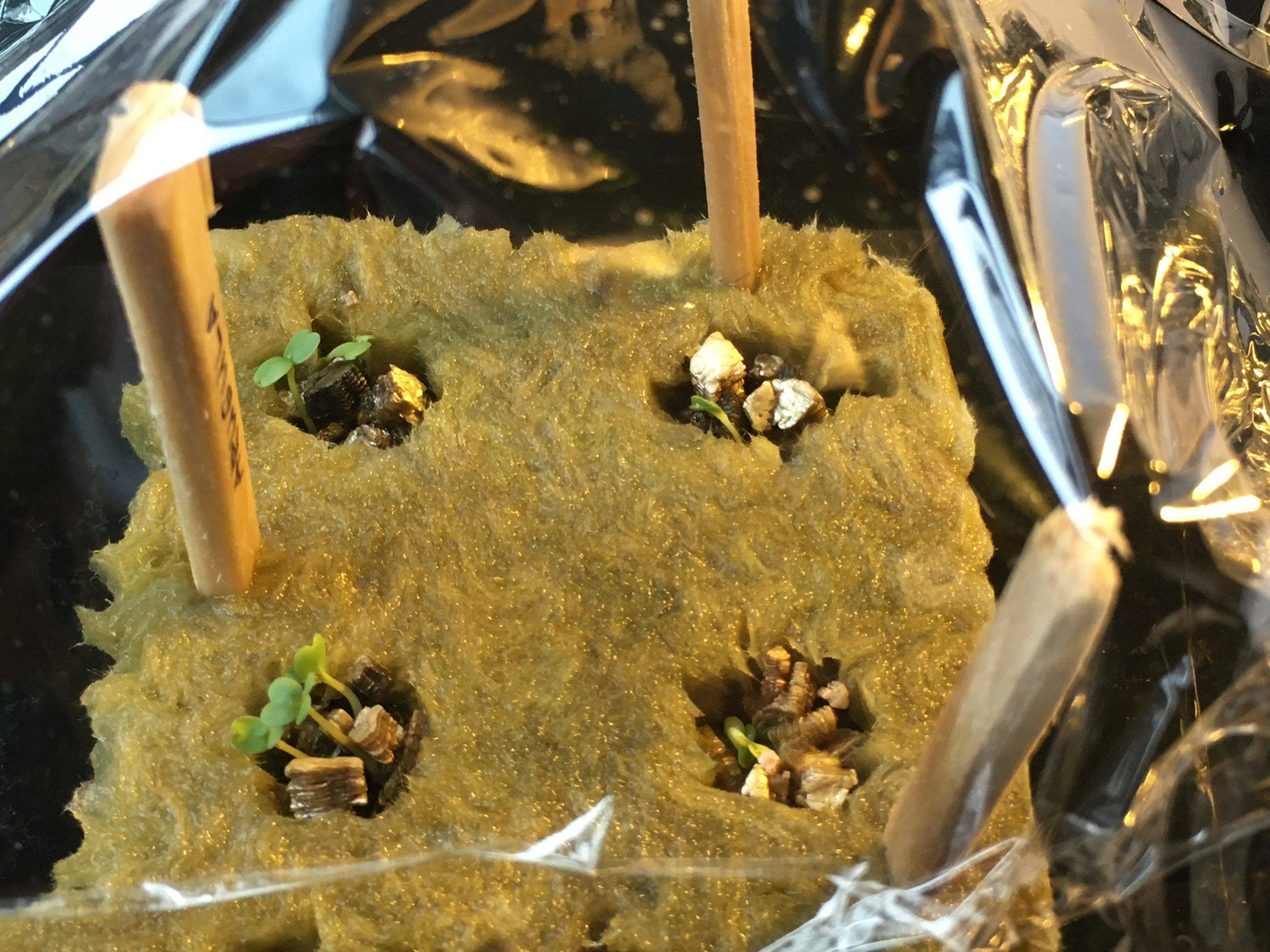 I've had a 100% germination rate on the starter seeds from Tower Garden.

The Stickler Method of germinating seeds refers to the procedure prescribed by Tower Garden, using the seed germination kit that comes with your Tower Garden.

Generally, the steps include:

1. Soak the rock wool cube in water for at least 30 minutes.

2. Add the seeds to the rock wool cube.

4. Keep moist by making sure there is at least ¼ inch of water in the tray.

The starter seeds you get with your Tower Garden are top-quality.

As your confidence grows, you may find yourself wondering if you have to keep following the “official” seed starting procedure.

If you’re as adventurous as I am, then you may want to try something new (and daring). 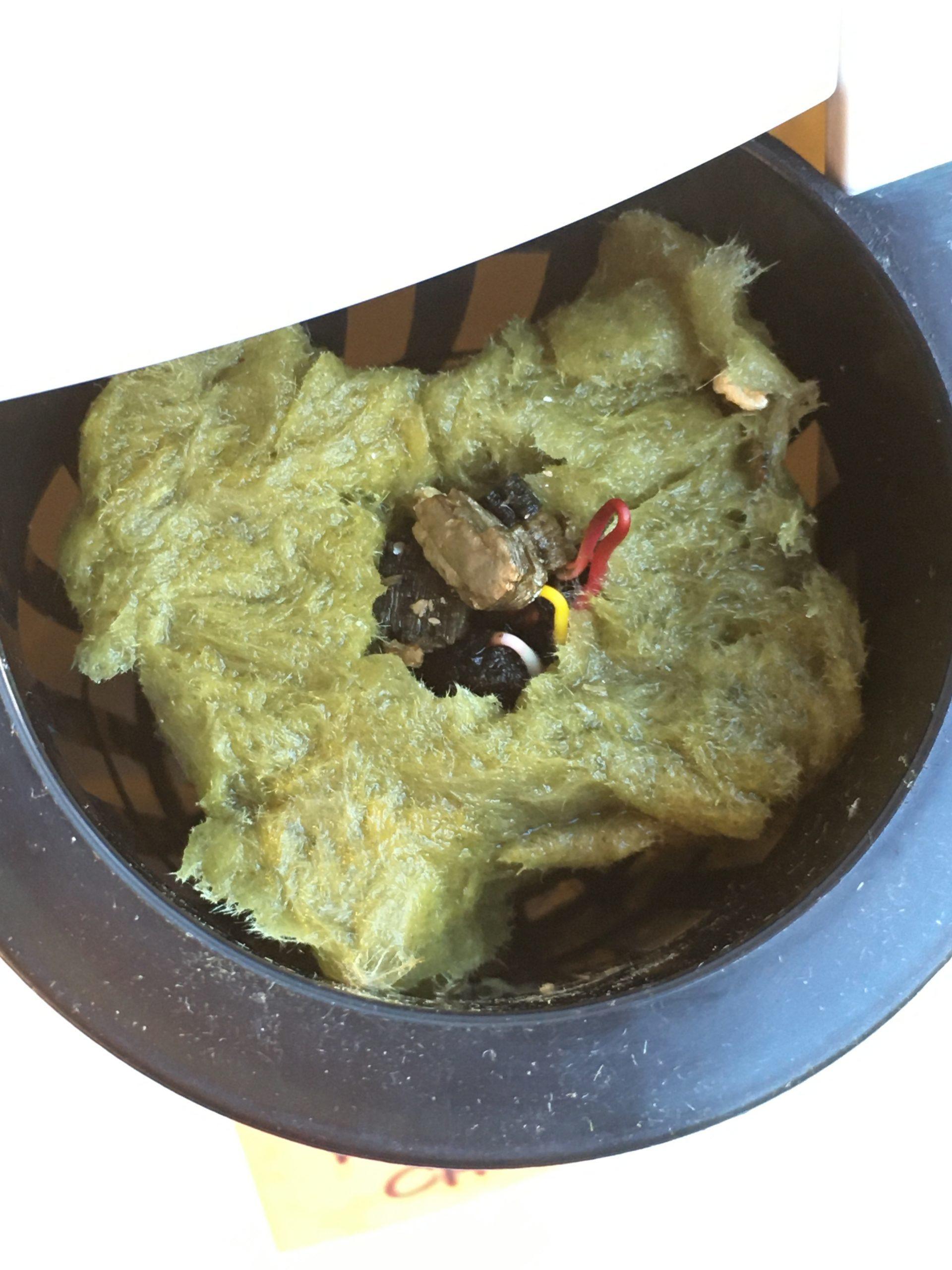 These rainbow chard seedlings were started using the Rebel Method.

As the name implies, this method involves breaking the rules!

Instead of following the steps described above, you do the following:

2. Pop the rock wool cube into the Tower Garden.

You don’t need to pre-soak the rock wool cube; it’ll get wet when the pump runs.

And you don’t have to cover the seed with vermiculite, either, although I sometimes add it after the seed sprouts to help support the fragile seedling.

This method works best with seeds that germinate easily, such as lettuce, arugula, bok-choy, mustard greens, Swiss and rainbow chard, basil, and so on.

Not all seeds sprout easily, though.

Some are plain stubborn!

Or they could just be old seeds. 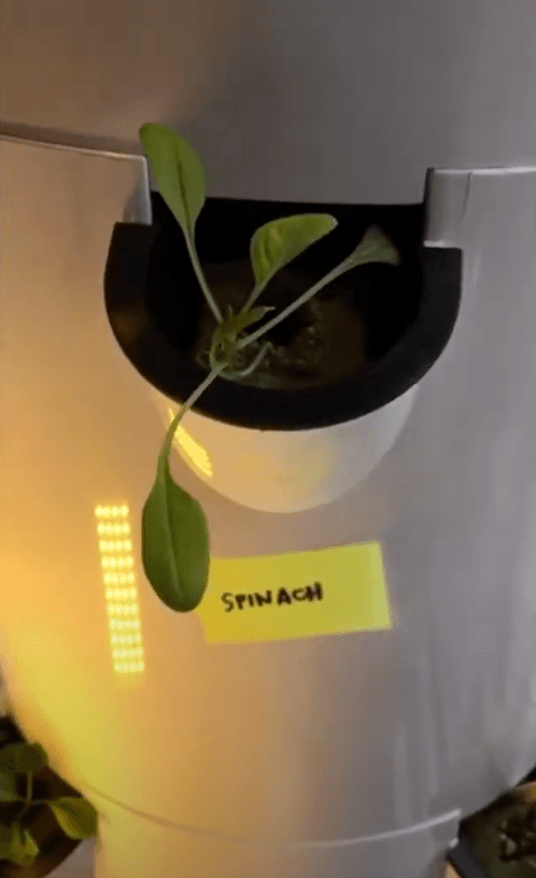 After many failed attempts, I finally germinated this 7-year-old spinach seed by using the Paper Towel Method.

Using this method, I’ve been able to germinate the toughest seeds (for me, at least), such as spinach, cilantro, and even seven-year-old seeds.

(I learned later on that spinach and cilantro don’t germinate easily in warm weather.)

In a nutshell, here’s how to sprout seeds using the Paper Towel Method:

1. Place seeds in a paper towel.

2. Moisten the paper towel with water.

Alternatively, some folks say they’ve had better success by adding a little 3% hydrogen peroxide in the water, as demonstrated in this video.

I’ve also come across information that the use of activated Effective Microorganisms increases the germination rate of seeds as well.

3. Fold the paper towel to gently cover the seeds.

4. Put the paper towel and seeds inside a plastic bag.

5. Keep the paper towel moist by spraying with water.

When the seeds germinate and have roots that are about one inch long, you can transfer them to a rock wool cube.

It’s easy to break the roots while you’re handling it.

Some people use tweezers or pincers to handle each seedling gently.

You may also find that you need some vermiculite to keep the tiny seedling steady in the rock wool cube.

The longer you’ve been growing in the Tower Garden, the more you’ll get to know which method to use with which seeds.

As a Tower Gardener, sprouting seeds is an important skill that will improve the longer you grow in the Tower.