Tower Garden Growers: Never Ever Do This! 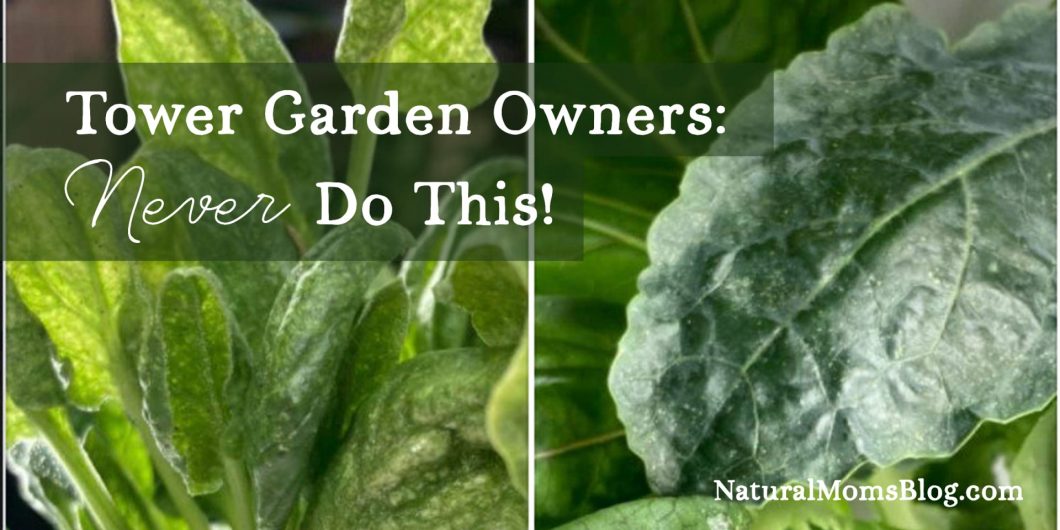 Let my story serve as a cautionary tale.

When my Tower Garden arrived, I could not wait to start growing.

So much so that I was too impatient to wait for my seeds to sprout and get big enough for the Tower. And so, I went ahead and purchased seedlings.

To be fair, I ordered them from a recommended supplier, a grower that produces seedlings specifically for Tower Gardens.

I thought it was okay.

But I was wrong.

I should’ve known something was wrong with one of the seedlings.

Actually, I could see it.

One spinach seedling did not look right. It had small, pale speckles on the surface. And it didn’t grow well.

Problem was, I didn’t know exactly what was wrong.

I posted a query on a forum for Tower Gardeners. But as you can see, I didn’t get any answers. 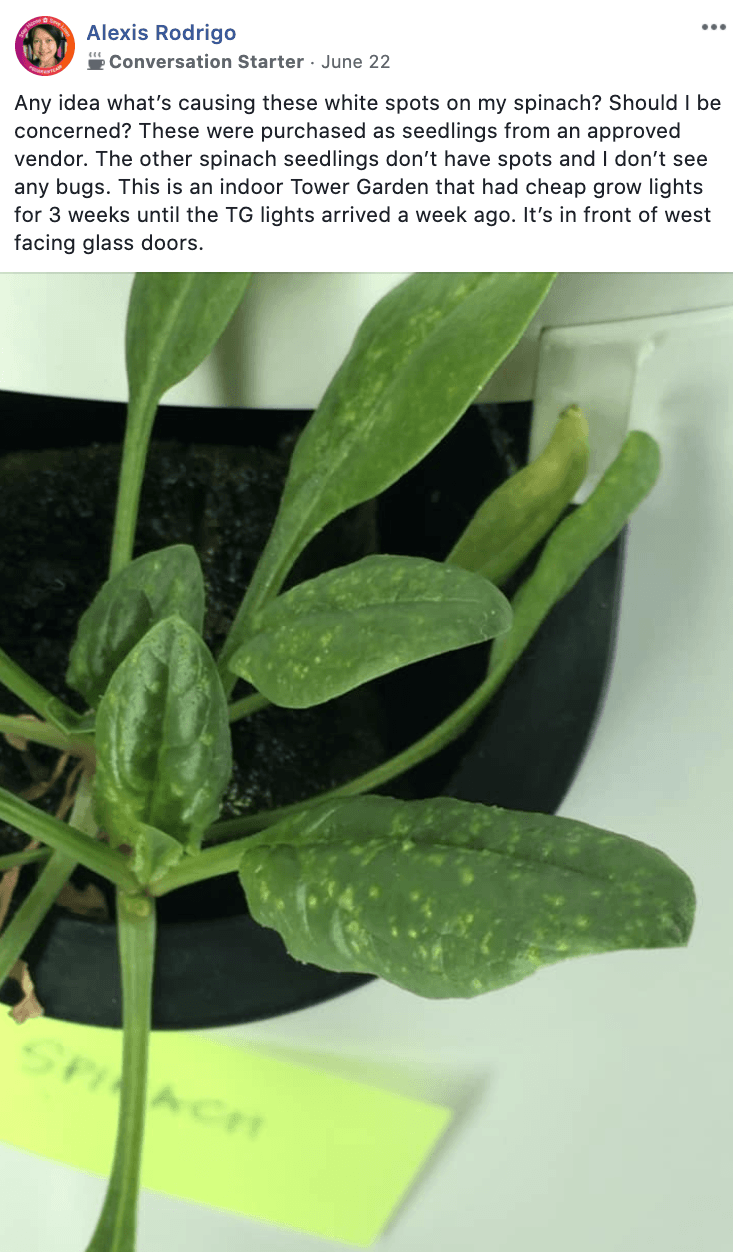 For several weeks, only that one plant showed any problems.

And then we had a series of heat waves.

Suddenly, the speckles were showing up on other plants.

I'm convinced the heat stressed out my plants, weakened them, and made them susceptible to pests.

This is why it's extremely important to protect your plants from extreme temperatures, even if your Tower Garden is indoors.

I tried the forum again. 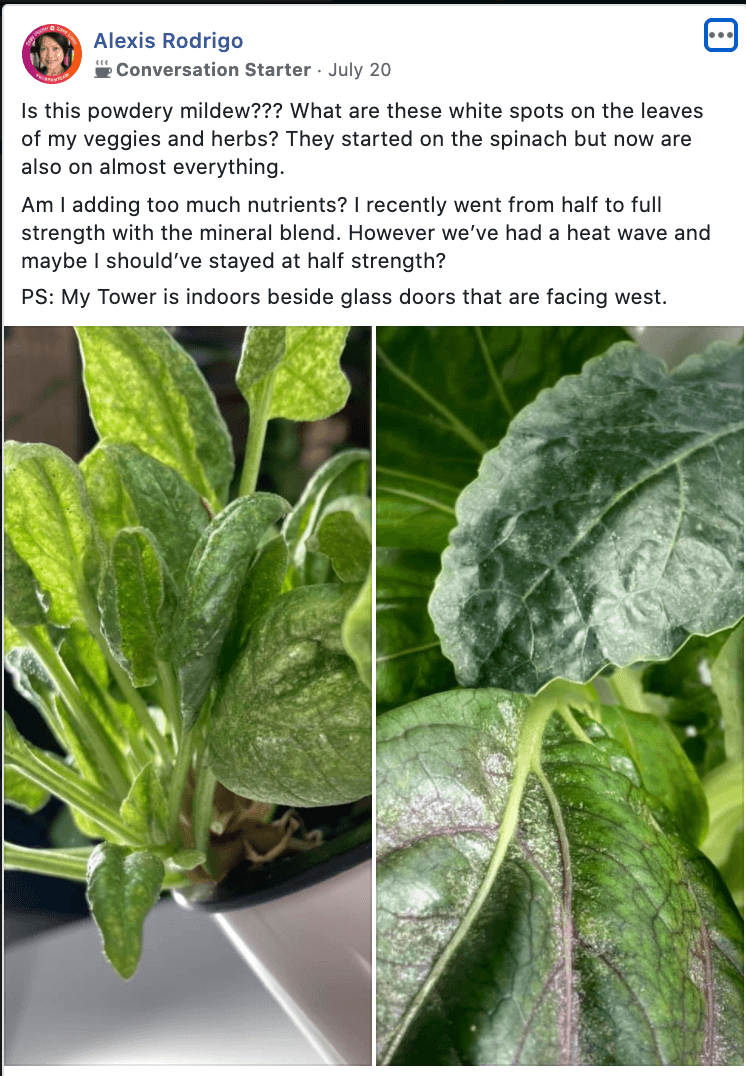 And then, one fateful day, I saw it: tiny webs on the rainbow chard.

I was so upset that I didn’t take a picture. However, it looked very much like this: 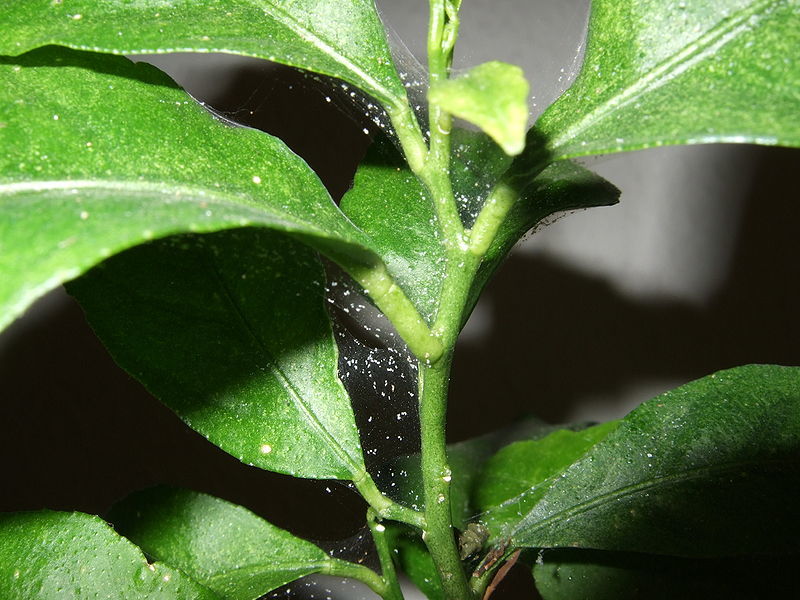 I pulled out the chard, spinach, and other affected plants.

I harvested all the healthy-looking greens that I could find and sauteed them with garlic and onions.

I moved other plants outdoors to avoid spreading the infestation.

I also learned a lot about spider mites.

One of the things I learned was that spider mites are almost impossible to see. They’re just too tiny.

But there's a way to see them:

Gave me the heebie jeebies, to be sure. Ew!

How to Get Rid of Spider Mites

I did a ton of research, but in fact, the Tower Garden website has several recipes for safe, non-toxic sprays for the most common pests that affect fruits and vegetables.

The formula for a spray against small insects like spider mites as well as aphids, thrips, and whiteflies is made up of:

Mix everything in a spray bottle and shake well until everything is mixed thoroughly. Spray the tops and bottoms of leaves either before sunrise or in the late evening.

Tip: If your Tower Garden is indoors, it may be easier to remove each plant from its port and spray it in a sink. It’s a lot less messier!

This article has recipes for other pests.

I did find a local supplier, but it's a bit expensive. I'm keeping it in mind as a last resort.

Moral of the Story

My experience underscores the importance of checking on your Tower Garden plants frequently, as least every day, so you can see and address problems quickly.

Never, ever bring a seedling from outdoors or another garden into your Tower Garden.

Not even from a seedling vendor associated with Tower Garden.

No wonder many people at the forums say the same thing.

From now on, I’ll be starting all my seeds and propagating plants myself. 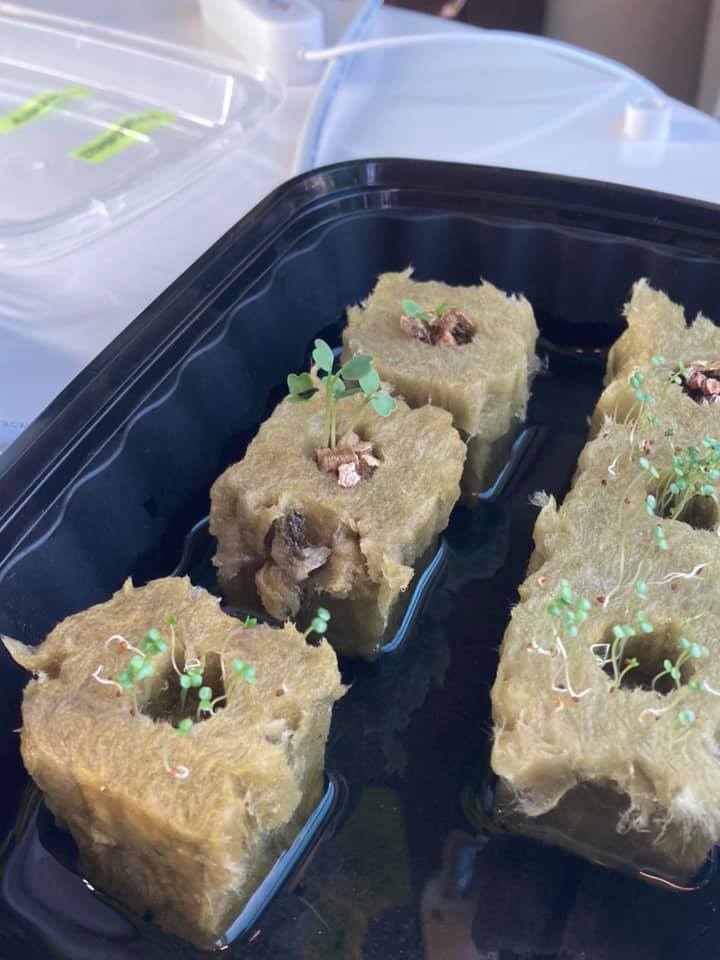 It takes patience, but it's also extremely gratifying.

As an added bonus, you can make sure to plant only 100% non-GMO and organic seeds.

Not to mention it's a lot more fun than getting rid of pests!

Addendum: Since writing this post, I've discovered that you can minimize "importing" pests into your home by following a de-bugging procedure. I described the method I've tried in this post. 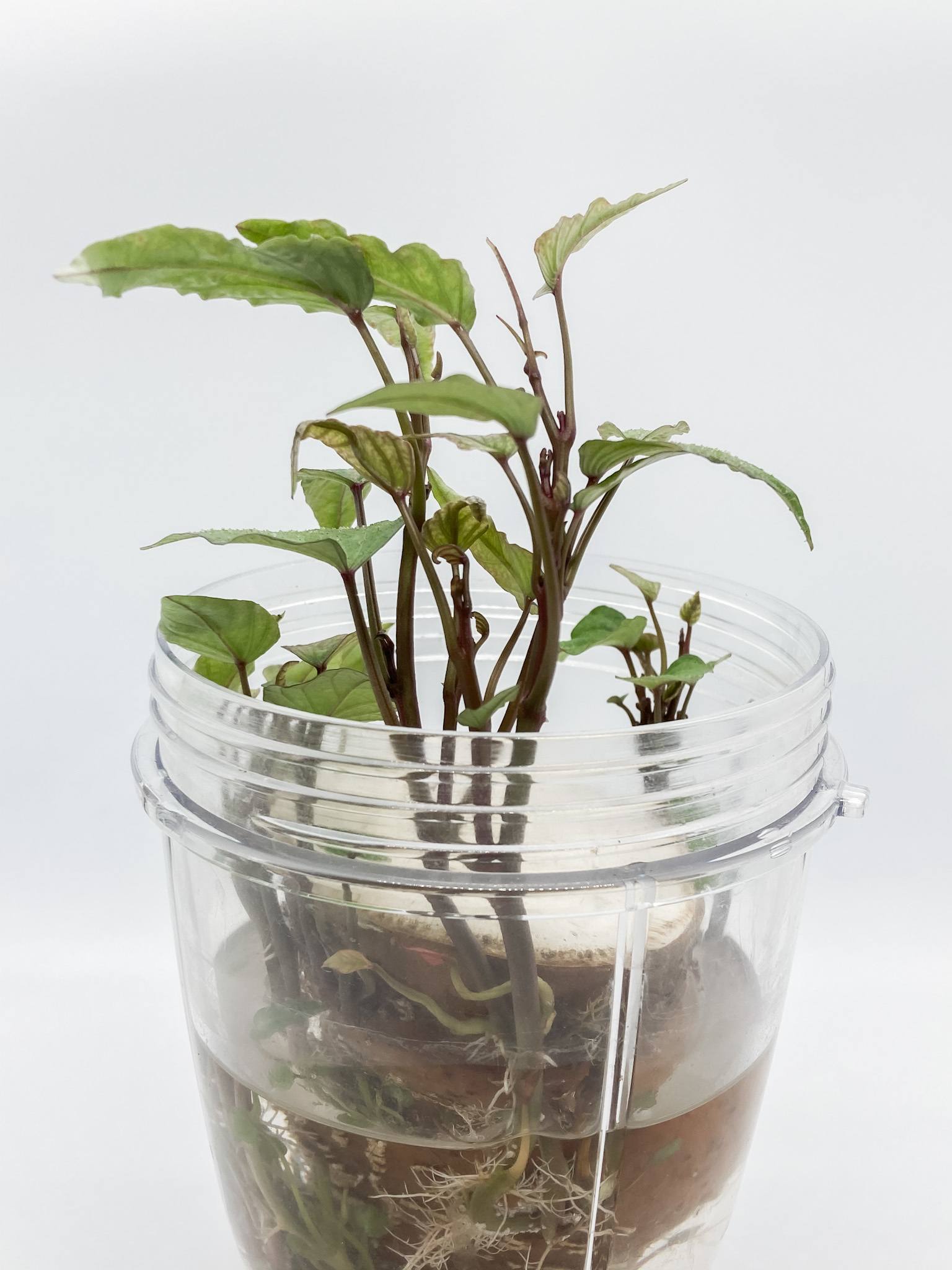 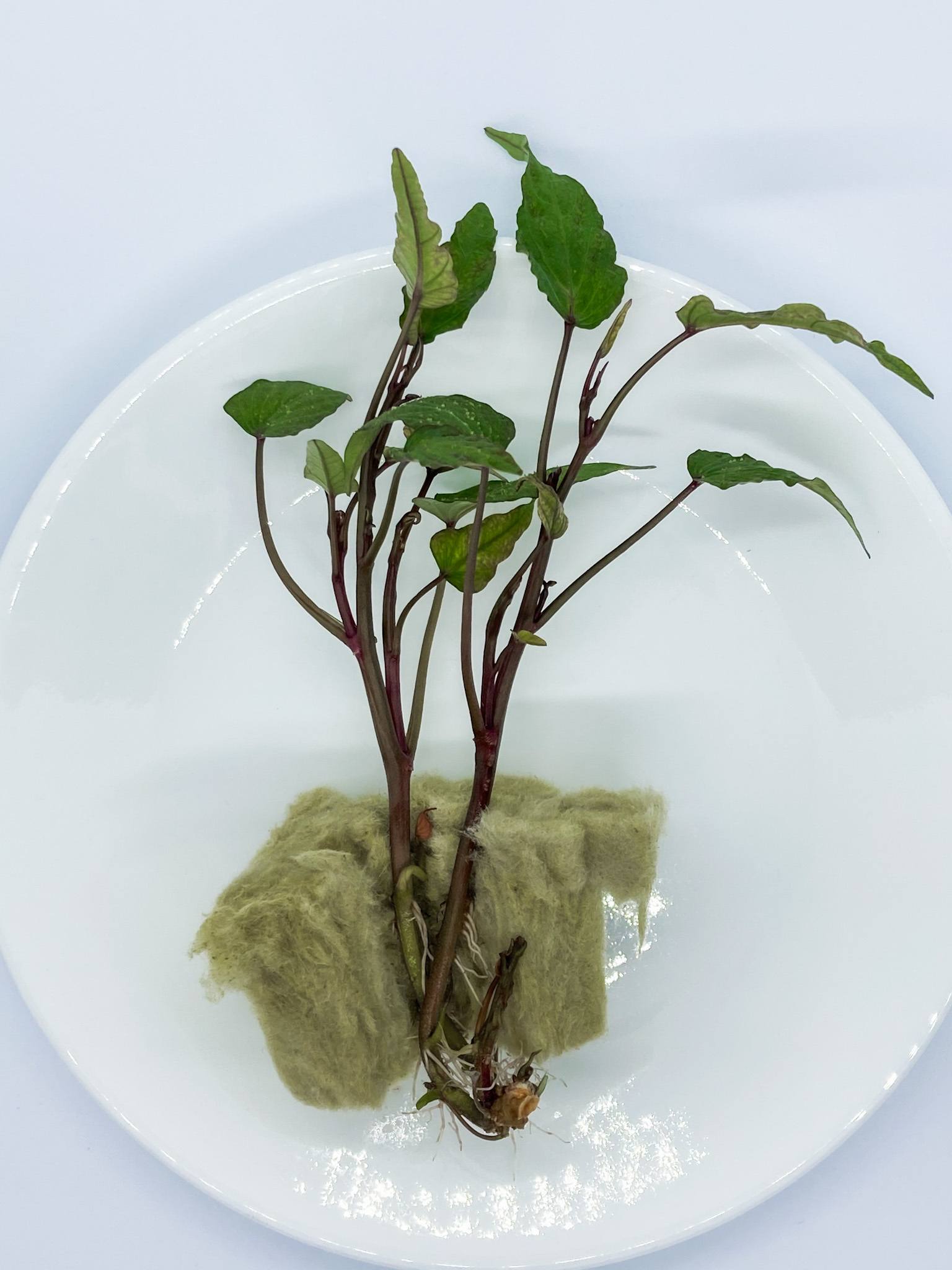 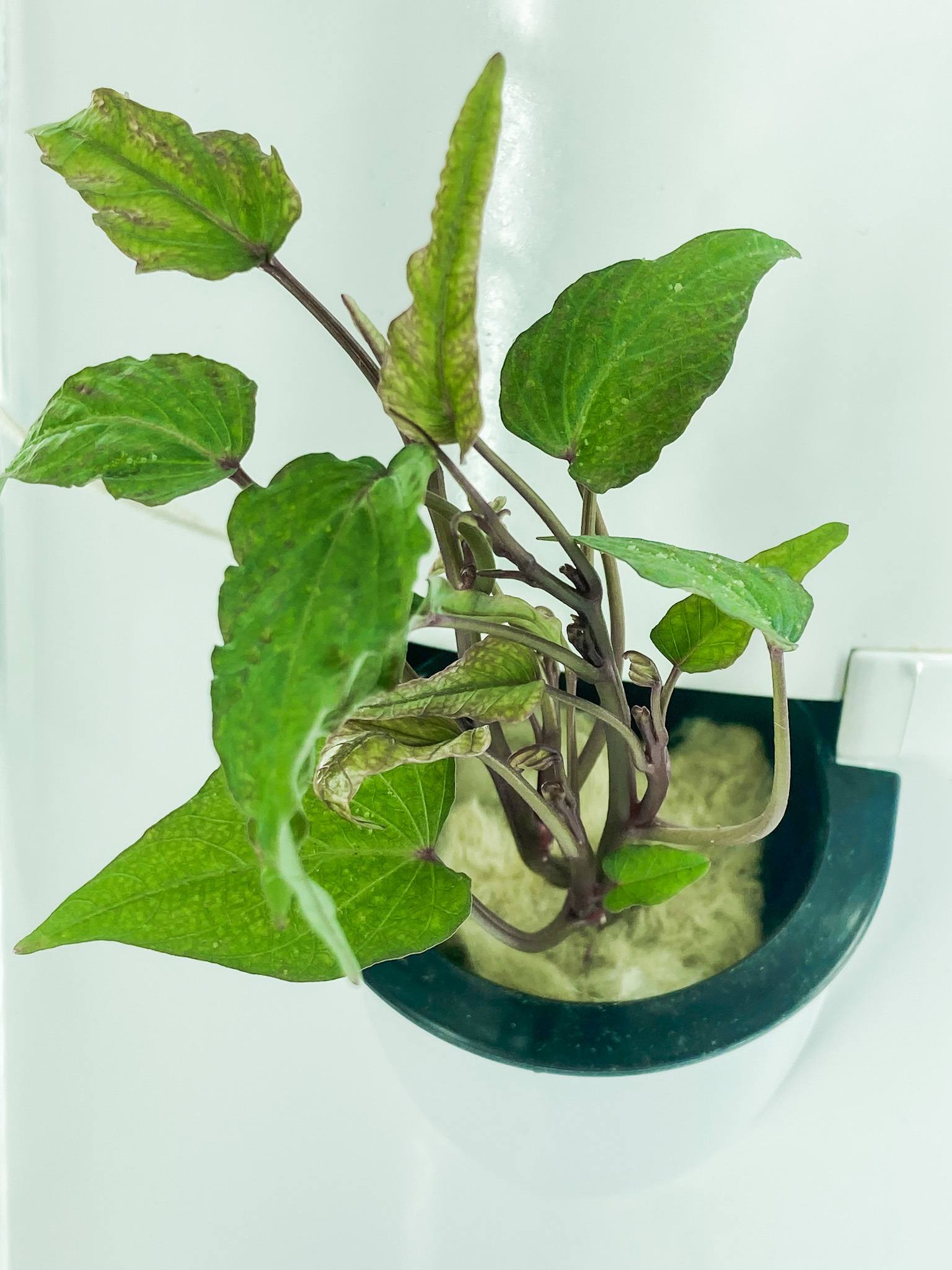 If you want to avoid pests and plant diseases, don't bring seedlings from other growers into your Tower Garden. Start or propagate plants yourself. Yes, it takes longer, but it's not as hard as dealing with pests.